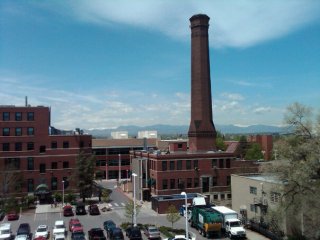 i received word today that my department transfer would go through. i will be at a new desk in a new office on monday- at least for half the day. the other half will remain the same. now as change draws near, the butterflies begin. not because i don’t want to move on.. i have to for sanity’s sake. no causes me a little shakiness is the uncertainty ahead. i have interviewed with my supervisors, but i really don’t know what to truly expect day to day. i know i will be all right, but i want more than all right. i want happy. i want joy. i want symbiosis. time will tell. and don’t be fooled. i don’t think i’m living in a fantasy. i found out another patient has terminal liver cancer and probably won’t live thru the year. 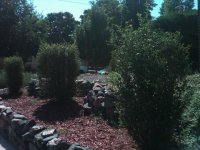 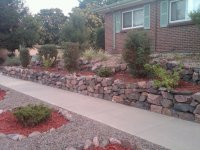 i have posted pics of the landscaping changes we made to our building. i had been going slowly crazy looking at some old junipers that were overgrown and swimming in dead underneath. they would cackle at me every time i would go in and out of my little place. i forget how persuasive i can be, but after a few months of campaigning with the other owners, we spent a weekend (18 hours) pulling out all the dead and putting in new plantings. this included moving rock from the right of way, removing old fabric that had been sadly compromised by a flood 2 years ago, replacing the fabric, and putting the rock back. it was all impressive and exhausting. But $1100 and 90 man hours later, we have a whole new vibe there.
the music today is definitely a “sound” from my 80’s. you could hear it in most of the big boy clubs in 81. that clapping sound was everywhere. even al jourgensen from ministry did a cover of this song for his 1st song in chicago.

There was an error retrieving images from Instagram. An attempt will be remade in a few minutes.

Deal with the faults of others as gently as your own.